Hello all!  *cough* Hmm, make that almost three months ago (wow, it has been a while!) I attended my first historical event, the Seventh Annual Française Dinner in Alexandria, Virginia. I had so much fun at the dinner, even if things didn’t go according to plan (more on that in a moment). It was held at the historic Gadsby’s Tavern, where George Washington celebrated his birthnight ball two years in a row. They still celebrate with a birthday banquet every President’s Day weekend. I met lots of talented costumers, and I’m already thinking about how to be better prepared next year!

If you saw photos on Instagram back in March then you already know I ended up wearing my back up because I bit off more than I could chew. I wanted to challenge myself and I definitely succeeded at that at least! The attire guidelines are 1750–1800 formal wear, which essentially covers all the popular gown styles of the 18th century. Not helpful to the indecisive! I narrowed it down to a 1770’s Robe a la Française or a 1780’s Italian gown, and in the end a combination of fabric budget and complexity were the deciding factors.

I intend to do posts about the gown when it’s finally done, but everything went pretty well with undergarments and the petticoat. But the gown just didn’t get off to a good start. I had trouble getting the back pieces just right, then I cut out my sleeves without seam allowance (screw the poly taffeta, I’m still pissed about that linen! Argh), and couldn’t get the front to lay flat. So I got further and further off schedule. Until it was 3:30am and I had to admit that it wasn’t happening before my 5am bus to D.C.. I quickly packed, changed my clothes, ordered an Uber, and managed not to cry, although I may have been simply too exhausted to produce tears.

I had a moment of panic waiting for the bus in the cold at 4:40am, thinking “Why am I going by myself to an event where I don’t know a soul? This is stupid. You are stupid. Let’s go home and go to sleep.”

But you can’t go on adventures if you never leave home. This was actually the first time my son and I spent a night apart. We were both fine 😉, but kind of weird to think that we had been together every night since he was born—almost 5 years! I had to leave while he was asleep, and apparently the first thing he noticed the next morning was that the dress form was naked 🙂 “It’s gone!” he gasped. (When I came home he asked if I had fun at my princess party, how cute is that?)

I wasn’t able to check in to my AirBnB until the afternoon so I spent the morning at Union Station, and had a lovely view while I sewed on a few more eyes to my Claire jacket and sipped an absurdly large chai latte. Once I was settled in, I quickly unpacked to see what state my outfit was in and thankfully rolling everything up had kept wrinkles at bay.

I may not have finished my gown, but I did make a linen under-petticoat, mint taffeta petticoat, and down-filled split bumpad from the American Duchess Guide. Plus, I finished my shift which had been cut out for over a year and a quickie hanging pocket from scrap fabric. So a very productive stretch from January through March!

A long bus ride isn’t very glamorous, but guess what? They don’t check your bags so you can bring full size shears and an awl without getting tasered by the TSA! I packed my awl because I still needed to punch holes for my shoe buckles, since I was being a big wuss about messing them up and kept putting it off.  (In my defense, permanent extra holes in your brand new shoes IS scary!) The American Duchess website has straightforward instructions — although don’t be a hot mess like me, marking the holes with eyeliner and hoping you don’t stab yourself in the hand an hour before you need to leave.

It was so much fun, and I got to meet many talented DMV area costumers that I’ve been following online. Everyone looked amazing! I didn’t want to have my phone out, so unfortunately I don’t have many good photos. Gloria of In the Long Run Designs and her husband Mike took photos throughout the night, and have been kind enough to share them with us. Thank you! 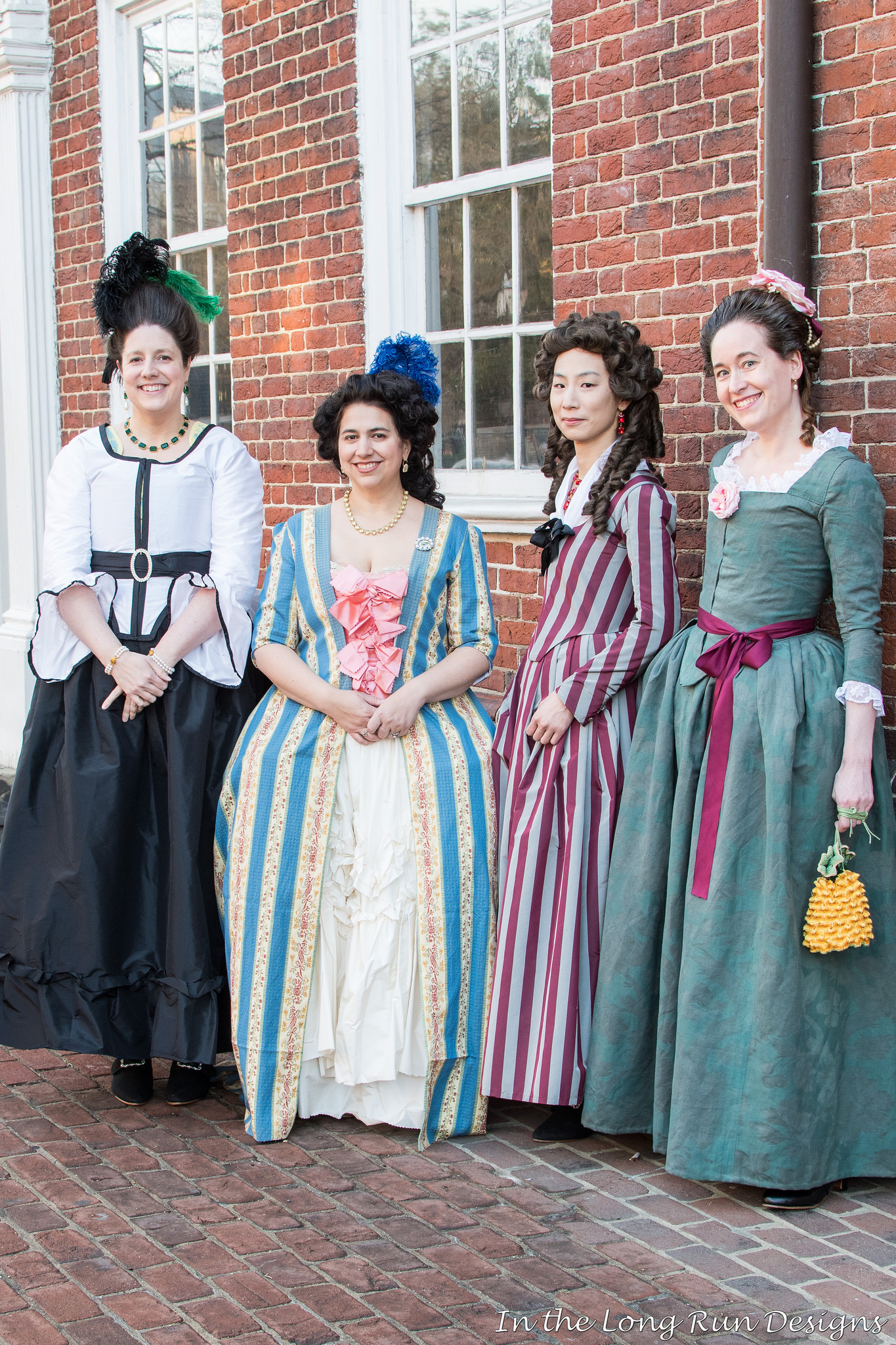 Gadbsy’s Tavern was built in 1770, and is now a restaurant and museum. The weird part is that despite many trips to Old Town growing up in Virginia, I actually saw the tavern for the first time here in New York. What’s that, poppycock you say? Truth is stranger than fiction: the original tavern ballroom was relocated to the The Met here in NYC in 1917 to preserve it and share with the museum’s visitors. 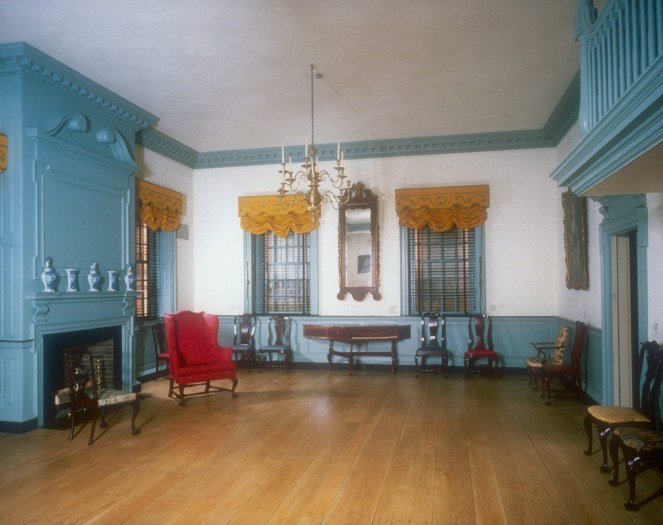 “The rich woodwork from the ballroom of Gadsby’s Tavern reflects the continuation of the Georgian decorative tradition into the early Federal period. Constructed in 1792–93, the ballroom originally stood on the second floor of the Federal-style City Tavern and Hotel.”

— The Metropolitan Museum of Art

I’m working on getting some proper photos of my new pieces so I can share them with you. They’re all made from the American Duchess Guide, except the shift which is Simplicity 8162, and I’m quite pleased with how everything came out. Fingers crossed for some sun!

I am currently trying to finish the gown for the Van Cortlandt House meetup/picnic I’m hosting in a few weeks. I had actually started a mockup for a swallowtail jacket to wear instead, which shows you just how much this silly gown scares me! Right now we have nearly 40 expected costumers, and be sure to follow me on Instagram (@lilredsquirrel) for updates.

The Met Purchase of the Gadsby Ballroom

Virginia gal living in NYC. Sewing, books, comics, and old musicals are my jam. View all posts by calnyc

2 thoughts on “My First Historical Event! The 2018 Française Dinner”

Outlander inspired me to try historical costuming, and now I can’t stop buying fabric. Follow along as I sew from my tiny New York apartment!
Read More.