Coming back to this series after a little break because SEASON 3! What do you think of Voyager so far? Me, I’m like:

The Print Shop was done SO well, although I wish they had held off on Jamie introducing Willie because it felt a little forced. I will keep this spoiler-free, but do yourself a favor and read Voyager and then Drums of Autumn! The Outlander writers excel at bringing the books to life, and making changes that don’t make the readers pull their hair out.

Even if you haven’t read the books, I’m sure you can gather that there won’t be a return to Versailles and all the extravagant gowns (although the French Revolution will soon put a damper on the royal dress budget anyway…), so why not revel in the S2 costumes a bit? 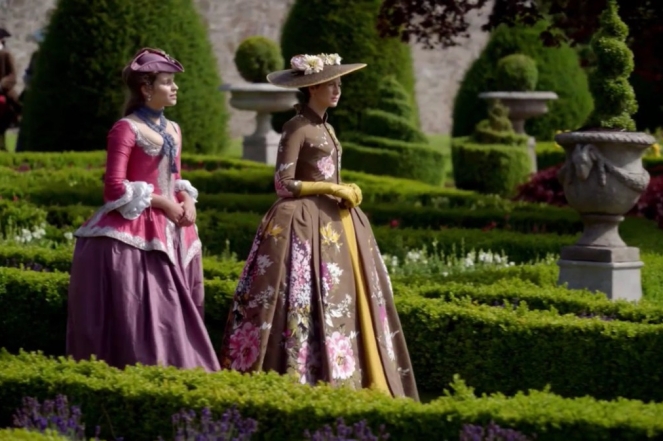 The last post covered Annelise’s macaron-colored ensemble from this scene in the formal gardens and now it’s Claire’s turn! Annelise’s jacket and petticoat earned the first 10/10 HA (Historically accurate) rating in the Top 7 Looks, and it’s an ideal foil for Claire’s anachronistic mocha and butter yellow gown. After looking at this gown more I realized that it’s essentially a redingote with a few modifications. The redingote was fashionable in the last quarter of the 18th century, and to me the look is synonymous with posh ladies strolling down cobblestone streets with walking sticks. Movies like Marie Antoinette and The Scandalous Lady W have some great examples of the redingote on film.

The redingote (derived from a French corruption of “riding coat”) is a cross between an overgown and a jacket, with a button front, oversized lapels and cape collar, long sleeves, and a long open front skirt showing the petticoat underneath. It’s sort of an overgrown riding coat that often has a cutaway front or a skirt that begins away from tabs at the center front.

Here are some fashion plates and extant examples of the style (click to enlarge):

Claire’s version has a short standing or mandarin collar with 3/4 length sleeves, a horizontal bust dart paired with a solid yellow petticoat, with long yellow gloves and a bergére with flowers.

The silhouette is mostly true to the 18th century (I haven’t seen mandarin collars on extant ladies jackets, and there should be a point in the back seam) but the textiles are definitely modern. Also, you can see that there is lacing on the sides. Keeping in mind that these costumes have to be made before filming and final scripts, the maternity lacing is there to accommodate a bump and allow for varying size depending on what the production team decided. Granted, it’s hard to see a baby bump under all that fabric.

The hand-painted fabric is gorgeous and another instance of early 1950’s fashion influencing Terry Dresbach’s modern historical aesthetic.  The large peonies, sprays of lilac and other flowers are dramatically oversized, and I’ve found some 1950’s and early 60’s dresses with a similar look, albeit not quite as large. The shirtwaist or button-front dress with a belt was very common, and you’ve likely seen this style in vintage shops.

Just as the Dior Suit has been re-imagined again and again, elements of this dress have been seen on runways as recently as this year. A floor-length, full skirted dress with definition at the waist and long sleeves is a silhouette that can reinterpreted endlessly— these are few modern examples:

How to Make It 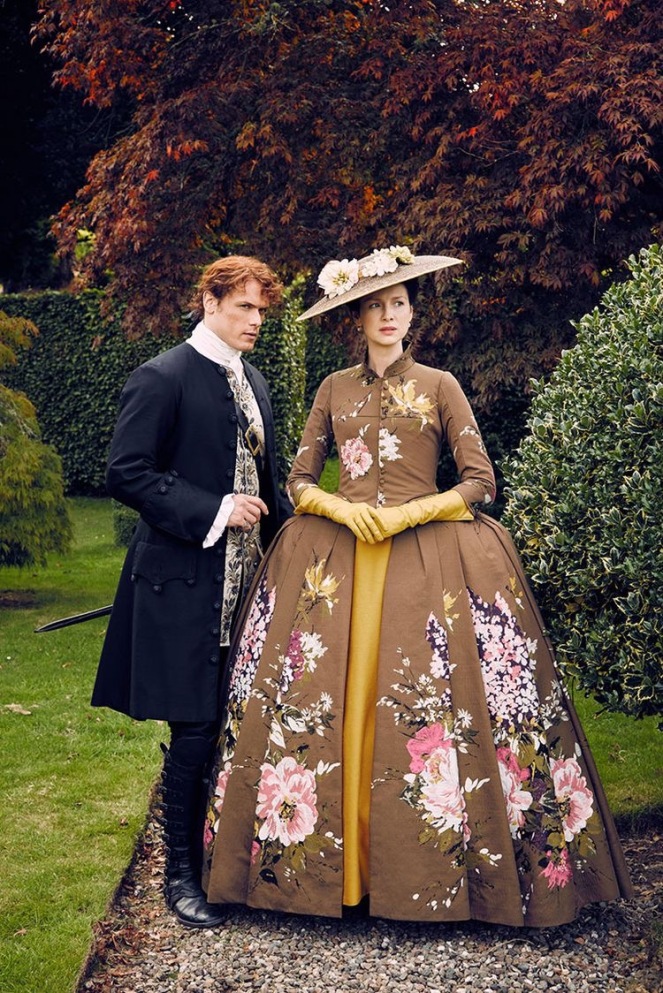 If you’re an Outlander fan, you probably spotted that the petticoat is made from the same yellow silk-wool as the citrine robe a l’anglaise. Someone snagged the floral fabric from Britex and brought it to a small con to show fans.

Painting a floral design will require fabric paint in lots of colors, and a whole bunch of free time so this gown is not a quick and easy project! A solid redingote would be simpler and period correct. A false front petticoat could also be a way to cut costs, by using an inexpensive fabric for the back of the petticoat. This was common in the 18th century and earlier (such as Elizabethan gowns with open skirts), and even used on Outlander for the Citrine gown.

I discovered a very awesome pattern in researching this dress- a redingote pattern from LACMA created from an extant redingote in their collection! It’s a PDF that you can scale up so it does require little more work, but you can’t get more accurate than that! If you already have an 18th century dress block or a riding habit pattern that’s adjusted to you, you could use that as a starting point. A riding habit would be easiest since it already has a button front and horizontal dart—you can just lengthen the skirt or even use the pattern from a gown in place of the original. Unless the maternity lacing is necessary for your current body or you’re going for an exact Claire cosplay, I would leave it off.

Like Annalise’s tricorn and choker, the accessories really make this look so don’t forget about the bergere and gloves. Sometimes finishing the dress feels like crossing the finish line, but it’s the details like a wispy fichu or proper stockings that really make your outfit complete. Those smaller bits are often what makes your outfit stand apart from the crowd, even if the average person can’t quite put their finger on why it looks so nice! 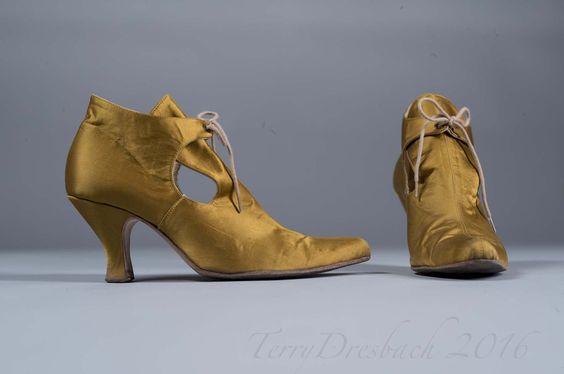 Alter a riding coat pattern to lengthen into a long skirt

Stays and shift: See Corsets and Crinolines (Diderot and half-boned stays), Butterick B4254 (View A or B), Simplicity 8162, or Reconstructing History 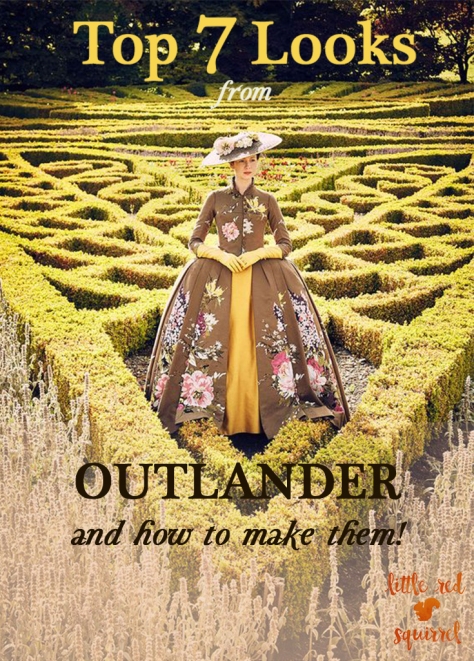 Posts on Redingotes: Koshka the Cat, A Fractured Fairytale, Before the Automobile

I'm challenging myself to complete an Outlander-inspired 18th century outfit. Follow along as I sew from my tiny New York apartment!
Read More.